WARNING: This blog is a true story. Read at your own risk.

As some of you might know, I (Mike) have recently taken up fishing as my new hobby, and I’ve really gotten into it. I’m going to blog later all about the philosophical connections between fishing and counseling, but for now, I want to tell you a TRUE story of something that happened yesterday… But first, a little background. 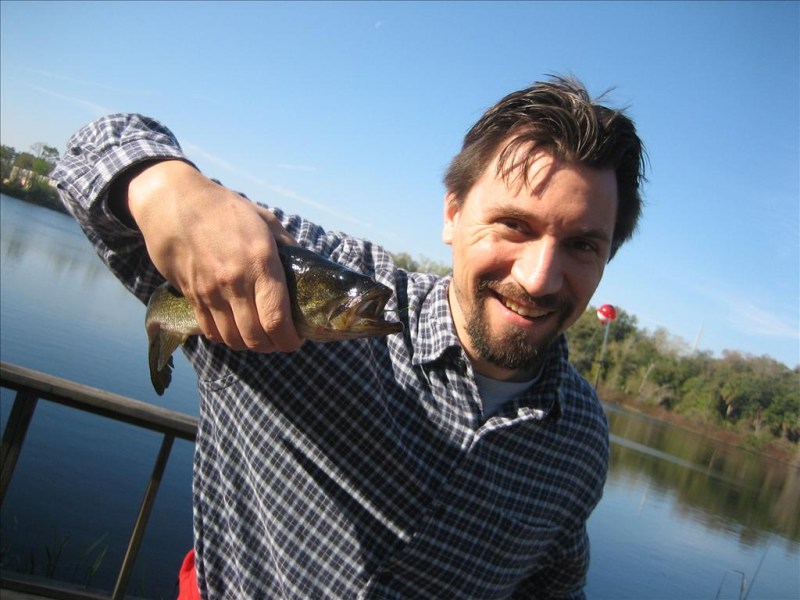 Mike with his first bass

It was a few months ago that I landed my first bass off the dock of a small local lake called Lake Gem (which is part of the Canterbury Retreat Center , for those interested). Anyway, that was last year, and it took me over four months to land my next fish off of that same dock. But just last weekend, I went out in the canoe (with Jen nearby) and caught two fish in the same hour! Clearly, for bass fishing on that lake, using the canoe is the way to go. But there’s a catch (pun intended). 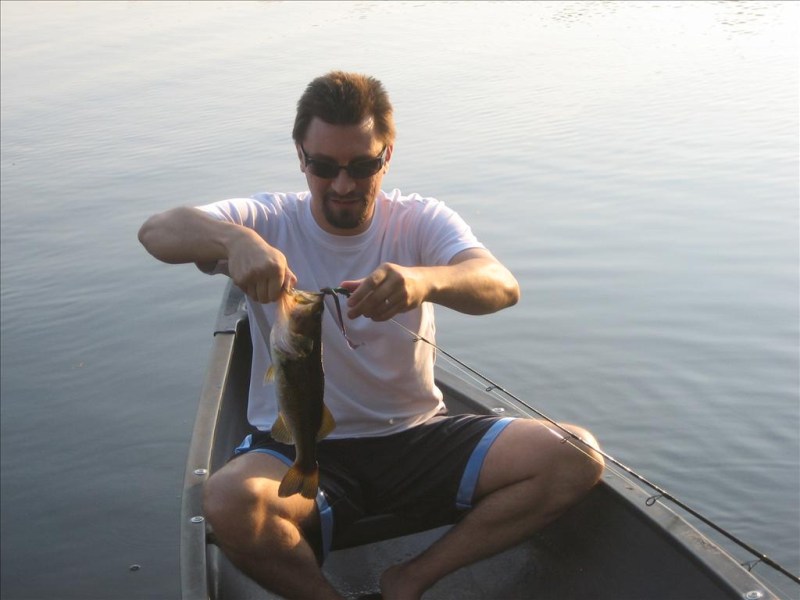 Mike removing the hook from his latest bass

The catch is, Jen is still a bit uncomfortable with me going out in a canoe on my own. So until we have the time to talk about it in greater detail, she has asked me not to go out in a boat unless I’m with someone else, even if they just stay on the shore. And I promised her that I would abide by that limitation until we can work things out. And I kept it…until yesterday.

I had just gotten out of the clinic after a long and productive day, and I had about an hour and a half to kill before I had to pick Jen up, so I grabbed my fishing pole, headed out to Canterbury, and starting fishing off of my usual pier. I hadn’t been fishing long until my hook & worm got caught on a branch below the water. Yank as I might, it just wouldn’t come out. That’s when I started to think: “If only I could get in the canoe! It would easy to retrieve my lure. And it’s so close to the shore–I’d barely even be away from the shore! And hey–Jen doesn’t have to know.” Yes, folks, I actually thought that!

So, having convinced myself it would be alright, I extended my fishing line so it would reach the canoe (which was nearby), grabbed a paddle, and headed out into the water. But there was a snag (again, pun intended)–my fishing line had gotten caught on the pier! Frustrated, I paddled up next to the pier and stood up. The canoe rocked back and forth precariously, so I made my way toward the center of the canoe to get some added balance. Confident in my balancing skills, I reached out over the top of the pier in an effort to liberate my captive line. But I failed to consider that in doing so, I would be shifting all my weight to one side of the boat! The canoe tipped wildly, and almost flipped–and I thought to myself, “Whoa, I almost fell in”–and the next thing I knew, the canoe flipped out from under me, and I was left hanging in mid-air for a split-second like a cartoon character until SPLASH!!! I found myself completely underwater! 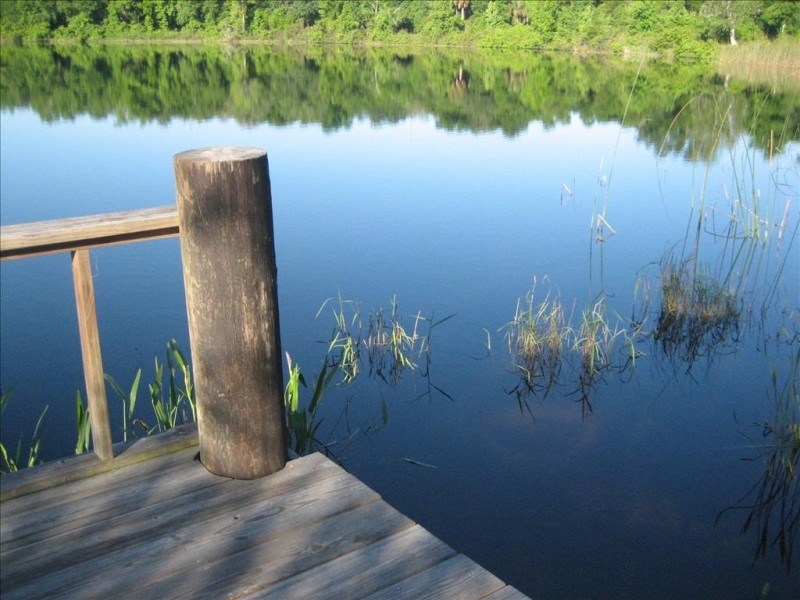 The pier (believe me, the water did not look this nice by the time I trudged back out)

I quickly got my bearings, stood up (the water was at waist level), and trudged my way back to the shore. I had just come from working at the clinic, so I was still wearing my nice dress slacks, a snazzy oxford shirt, and respectable-looking shoes, and to make matters worse, both my PDA and my digital camera were in my pockets when it happened!!! The first thing I did when I got back to the pier was take these precious electronic devices out of my pockets in the hope that they had somehow defied the laws of physics and resisted getting completely soaked. Sadly, they had not–water was pouring out of both of them. Rats! After removing my wallet and keys, I trudged back out into the swirling, muddy water to retrieve the canoe, which was upside down and was beginning to slowly drift away. By the time I was done, the water next to the pier looked like oatmeal, and I was a sorry spectacle indeed!

I spent about 40 minutes trying to dry myself and my possessions out, shaking water out of my camera and PDA, and thinking. The first thing I thought was, “I can’t believe that just happened!” The second thing I thought was, “So much for my solo boating career!” But after a while I began to think, “It looks like God’s trying to send me a message here…” Yes, folks, I had attempted to break my promise to Jen and lie to her about it, and God was saying, “No way, buddy–you’re not gonna get away with that one.” He graciously kept me from getting away with my deception. Of course, I came clean with Jen when I came to pick her up, and she was very, very gracious. She was glad that I had told her–not that I could have hidden it anyway (how can you explain the fact that your clothes are soggy, your PDA is broken and you smell like mud?).

I have a feeling that I’ll be telling this story a lot…it really gets at the heart of some key marital concepts like faithfulness and truth, and really highlights the importance of keeping your promises to your spouse. My message will be: keep your promises, or God will dump you into a lake! Actually, you will be blessed if He does, because then you won’t get away with it, which is actually much worse.

Oh, and the funniest thing about this whole deal (besides losing $400 worth of electrical equipment to save a ten-cent worm) is the song that came on the radio as we were driving to Japanese Bible study that evening:

Who says God doesn’t have a sense of humor? 🙂