A very Merry Post-Christmas to you!

When many people think of Christmas day, they not only think about the music and the presents and the company and the real reason for the season and everything, they also think about the food. Indeed, Christmas here in Japan is no different, and brings with it its own unique and peculiar array of Christmas foods. Now that the rush is over, we can finally take some time and catch you up on some of the wonderful holiday foods we’ve been able to enjoy this year: 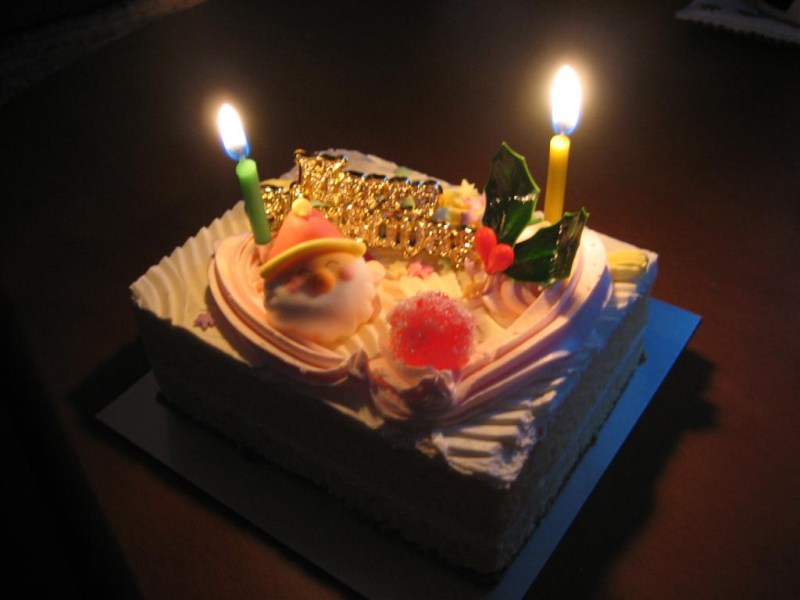 First, there is the famous staple of the Japanese Christmas, namely the Christmas Cake. These things are huge here in Japan, and everyone loves buying, receiving, and eating them. Never mind the fact that they are tremendously cheesy and lame and corny. I mean, look at this thing–can you say cheesy ? It was pretty good taste-wise; Japanese sweets are less sweet than American ones, so I (Mike) tend to like them better. But the random Santa head and the plastic gold bling-bling “Merry Christmas” stuck in the frosting was almost more than I could bear. 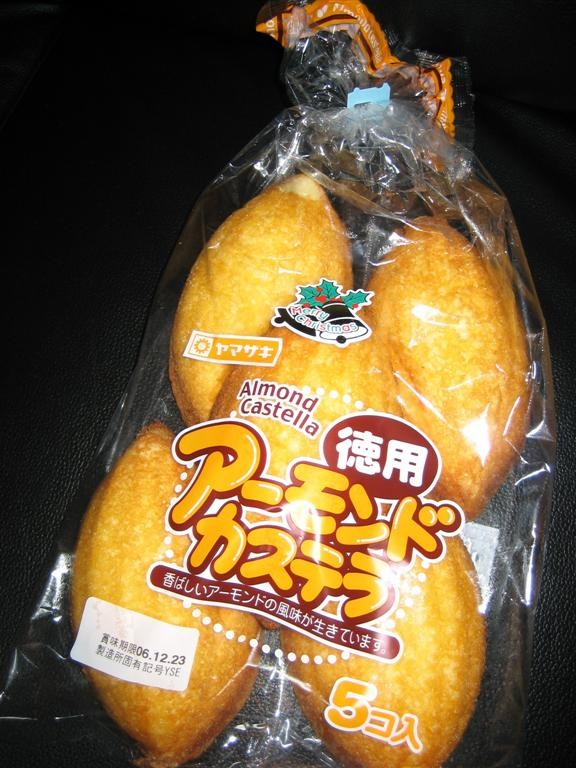 Next, there is the Almond Castella. Yum. What says “Merry Christmas” better than an Almond Castella? Maybe nothing. I bought this just because of the “Merry Christmas” sticker, which, I believe, is the only connection with Christmas that they have. Apparently castella are sponge cakes, and actually they were pretty good. Maybe every Costanzo Christmas will be a Castella Christmas! (Note: there were no almonds or almond flavoring in the cake; they’re just almond-shaped.) 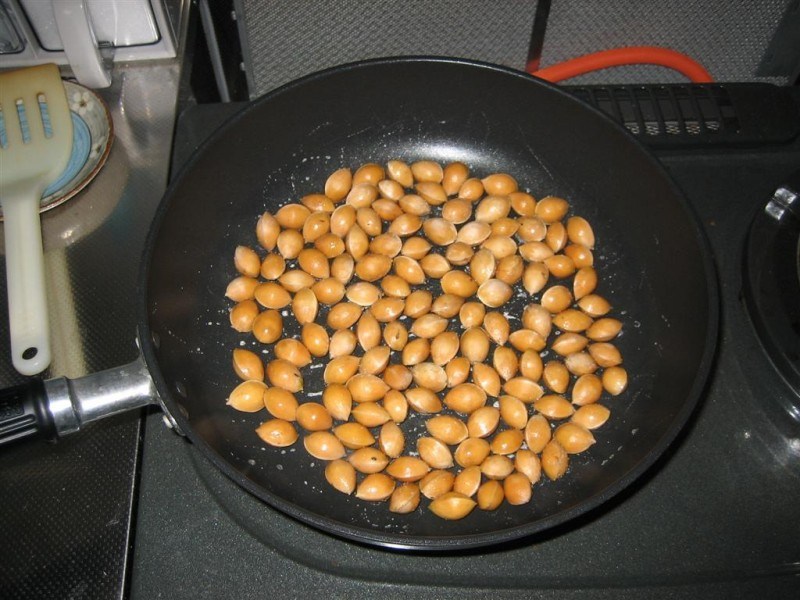 Lastly (and most adventurously), we have, not pistachios, not almonds, and not chestnuts, but ” Gingko Nuts Roasting In A Frying Pan That Has Been Placed Over An Open Fire.” I bought these little goodies thinking they were pistachios, but inside they were green and mushy and bitter. Plus, they stunk like Limburger cheese–a rank, foul odor of rare and surprising potency. I had to wonder to myself–Did I buy rotten nuts? After some research online, we found that gingko nuts have to be roasted (in a pan with salt and no oil) before they can be eaten. But the site also said that you shouldn’t eat more than 10 nuts a day, because they’re poisonous. One of Mike’s teachers said that it wasn’t true, but who do you believe??? Did we buy poisonous nuts at the local grocery store??? Ah, the excitement of shopping in Japan–you never know what you’re gonna find!