This past Friday, I (Mike) had my best day ever since coming to Japan. It was my last day of teaching at Takine Elementary School. Now pretty much every time I teach at an Elementary School, I have what I call an “Edward Bloom” day—a day where you get to be the hero all day long. And Takine Elementary is probably my favorite elementary school to teach at, so I was expecting a pretty good last day. But what I got instead was a flood of expressions of gratefulness and love that was, to be honest, overwhelming.

It was non-stop fun, and I was living every moment to the fullest because I knew it was my last chance to be with everyone. I played all kinds of games with the kids, including soccer, tag, hide-and seek, and some game where you have to crawl around on the floor like a fish and run away from the other kids who are trying to catch you (I got caught). Some classes performed skits and planned games for me; others bombarded me with enthusastic questions about my return to America, which I gladly answered. One class formed a big receiving line so that I could shake everyone’s hand as I left the classroom. Even the principal (who I talked with at length every lunch time) fed me a special treat of aburaage (fried tofu) that he brought specially from the neighboring town of Miharu. And each class had a present for me, full of signatures and pictures that I could tell they had put their hearts into:

But it all came to a head at the after-school assembly. Now I knew I had to give a speech, but since these things are usually a combination of a number of different elements, I  wasn’t too concerned because I knew I wouldn’t have the stage for long. But as it turns out, the assembly was all for me—it was the “Expression of Gratitude to Mike-sensei” assembly. Talk about overwhelming!!! The principal gave a glowing speech; each grade level said words of thanks (some in English!) and gave gifts, including a photo album commissioned and signed by the principal himself; the kids performed a big-band musical march number in my honor; and I was led out in procession, waving goodbye to everyone. I was so happy I hardly knew what to say!

Finally, the entire school gathered outside, and was dismissed with me leading the way. I vividly remember the bright sun, the smile on the principal’s face, his invitation to come back to Japan, and the train of 160-odd kids trailing behind me as I made my way down the hill and away from the school. What an incredible memory! I hope I never forget it. 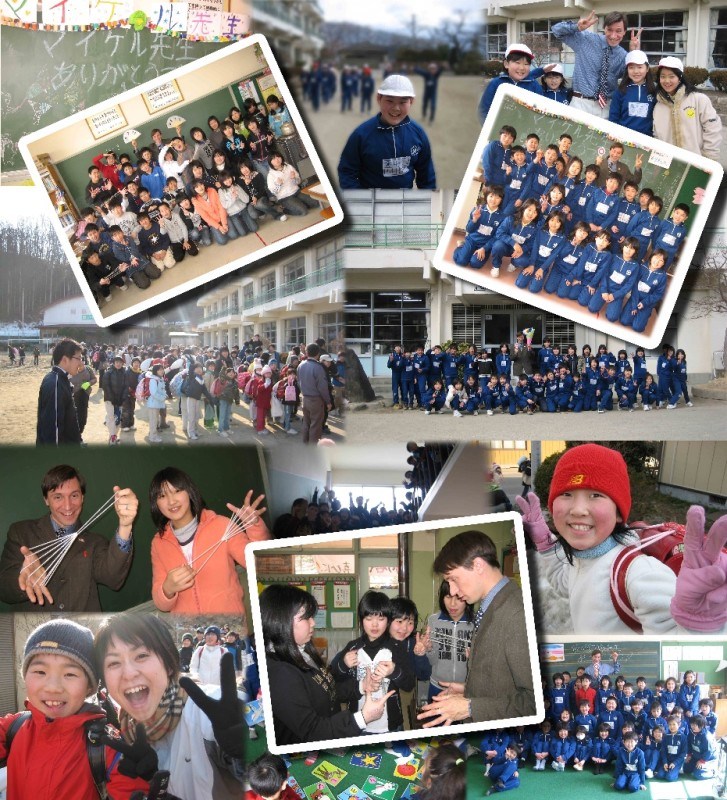 I will miss all these kids and teachers dearly; their spunky, positive energy and unconditional love really made my time there at Takine Elementary School special. I do hope that see them again, and of course, I am praying that I will meet many of them in heaven someday.

And to think that God loves me even more than this …

P.S. As if my day couldn’t get any better, that evening we have a team birthday party for Jen, Jeni, and Randy, complete with a trick piñata (a dangerous but fun pastime). And to top it all off, afterwards we spontaneously made a human pyramid ! I love my team! I’m going to miss them…  🙂 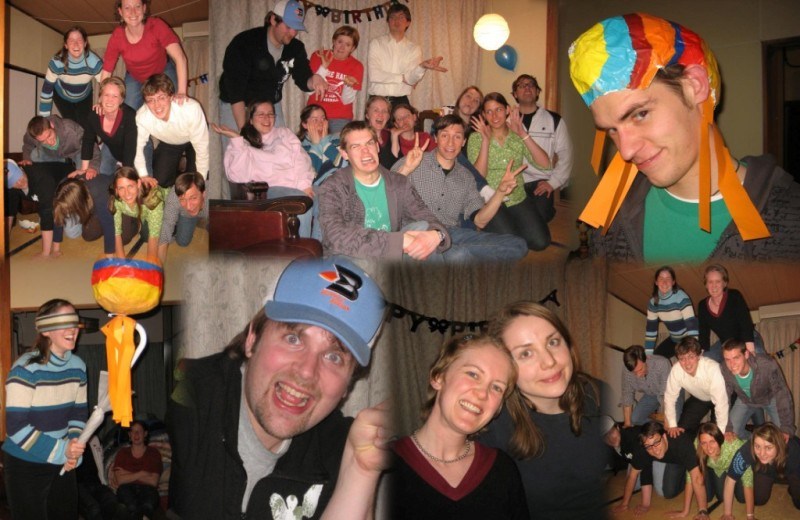