It’s been a whole month and a half since the first installment of the story of Mike and his wonderful discoveries of the different foods of Japan, and when we last left our intrepid hero, he had eaten Nuts and Fish, fried squid, and natto, among other things. But of course, he’s never been one to rest on his laurels, and so he has continued his tireless search for new, exciting, and occasionally hilariously gross foods. And so, it gives me great pleasure to introduce the next exciting installment of this epic saga: Part Two of Mike’s Culinary Adventures (TM). Enjoy! 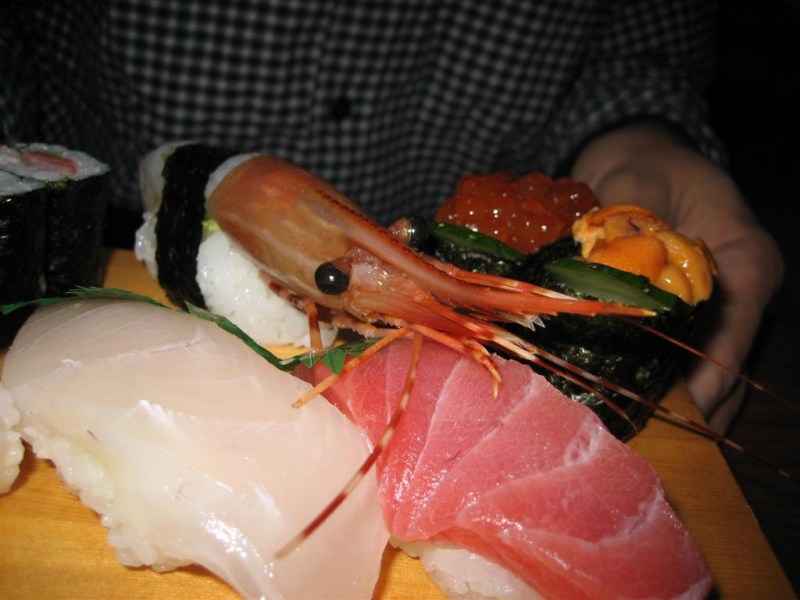 Sushi lovers, feast your eyes on this! Fresh squid, tuna, sea urchin, and fish eggs, and to top it all off, a whole, raw super-jumbo shrimp. This was some seriously good sushi–my mouth is watering just looking at this picture. Yum!!! [Note: We’ve been to this sushi place 3 times now, and we’ve got a great relationship with the couple who owns the place. They’re really talkative, and although we don’t understand most of what they’re saying, it’s always a lot of fun. Plus, their sushi is awesome!] 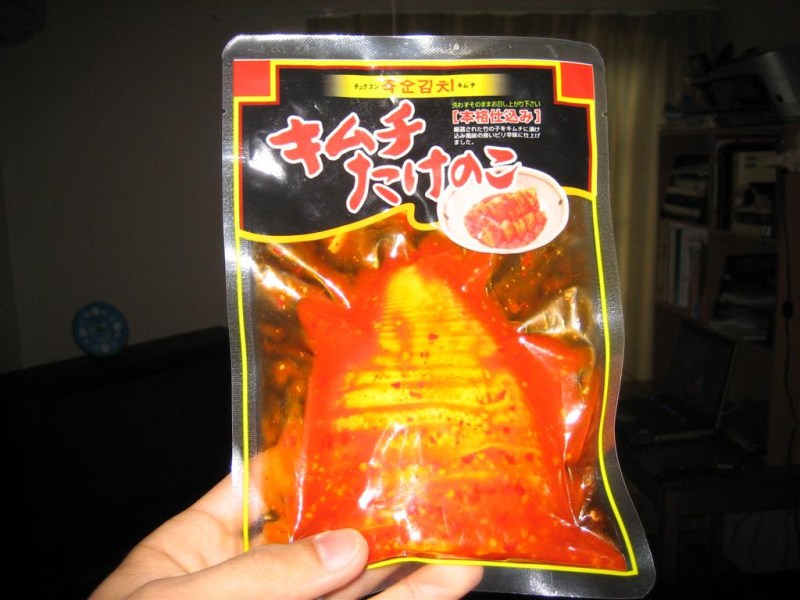 This little package was a bit of a disappointment. I thought it was a kimchee octopus, but when I got it home it turned out to be a kimchee bamboo shoot. Kimchee is actually Korean–it’s usually made from cabbage, has a strong, distinct odor, and is very, very spicy. So it was good–just not an “octopus” kind of good. 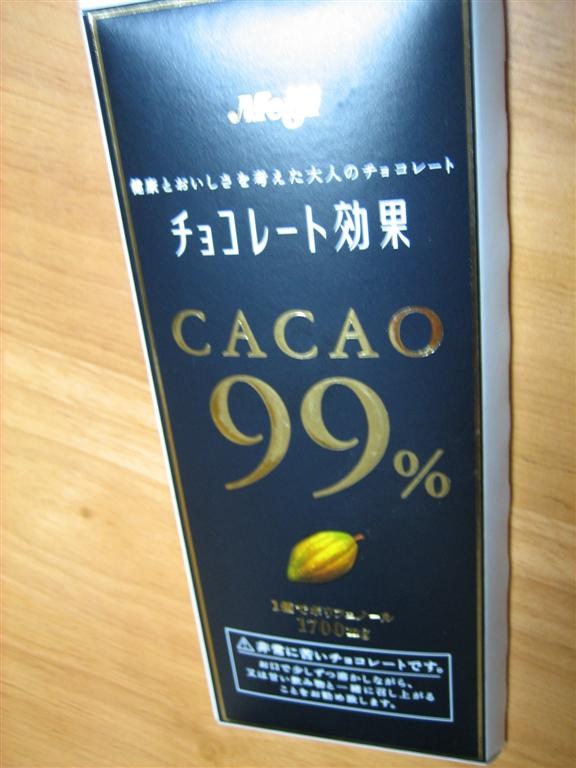 You think you’ve had dark chocolate before? Well, you ain’t seen anything like this! Yes, you read the package right–this was a candy bar made 99% of pure cacao.   It was like eating baking chocolate–a few pieces at a time was all we could eat. Intensely good.

And lastly, this is probably the grossest food I’ve ever found here in Japan. I haven’t even eaten it yet–I just saw it in the store and got blown away that they actually sell this!!! Yes, this is a package of crickets –sweetened, cooked little crickets. I can’t imagine that someone would actually pay over $11 a pound for something like this. And yet, I’m somehow strangely attracted… Maybe they’d be good mixed with something else. Unless someone I know actually shows me what to do with ’em, though, I think they’ll just stay there on the supermarket shelves.

What a great country this is! My trips to the local Giant or Safeway back home were just plain boring, but here, every trip is an adventure! I will actually go to the supermarket just to hang out and be entertained for half an hour while I’m waiting for the train. My Japanese co-workers think I’m crazy for finding the supermarket a fun place to hang out, but hey, to each his own.

Don’t you wish you were here?