Today on Mike’s Culinary Adventures, I’d like to take an up-close and personal look at the various seafoods of Japan. Since you’ve all seen plenty of sushi already, I figured i would show you some of the more exciting and adventurous seafoods I’ve found so far.  Bon appetit!!!

First, I’d like to introduce you all to niboshi : 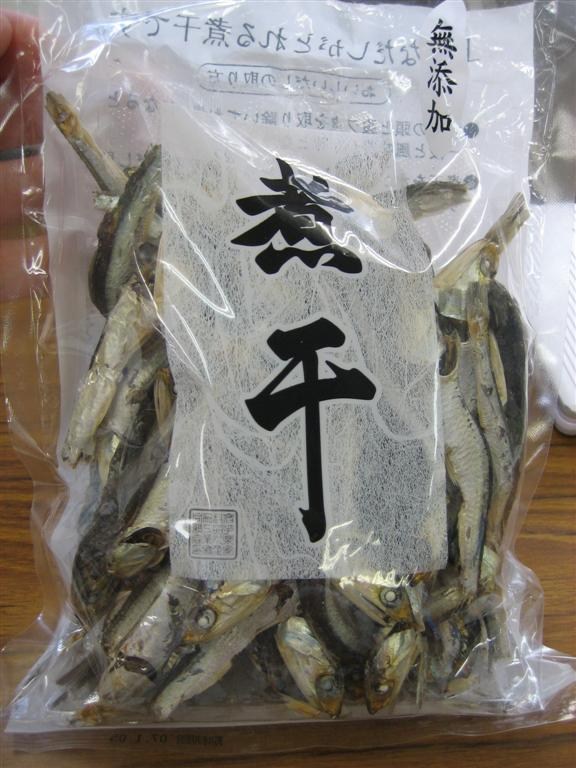 According to my electronic dictionary,  niboshi are “small dried crunchy sardines”. But unlike the tiny little fishies in “nuts and fish”, these puppies here are about 2 inches long and incredibly tough. In fact, I bought them under the impression that they were a snack food, and I was eating them, head and all, but they weren’t very tasty for some reason. And then I read the package. Apparently, they’re really supposed to be used for soup stock–you boil ’em, drain ’em, and toss ’em. Or, if you do eat ’em as-is, you’re supposed to remove the head and the insides, and “watch out for the bones.” Forget it–too much work. These puppies had a date with the garbage can last week. 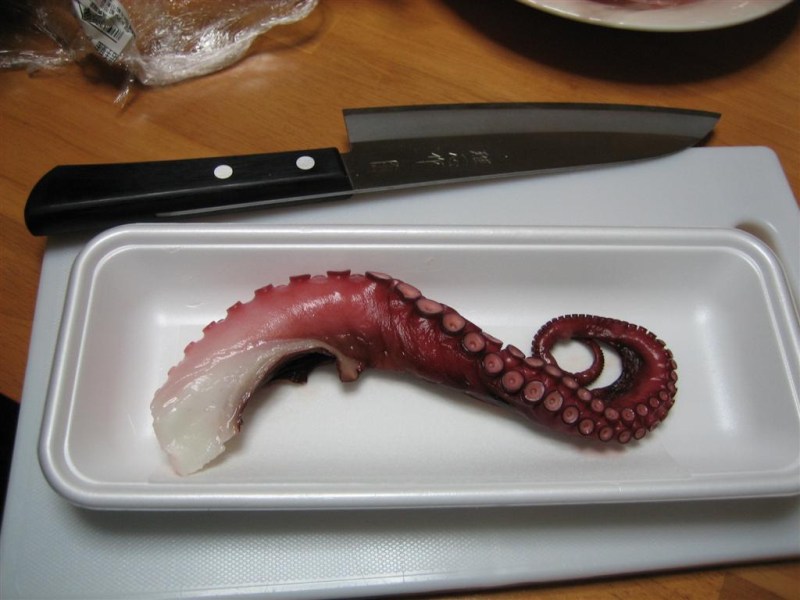 One of the great things about Japanese supermarkets is the fact that you can buy huge chunks of octopus like this one. I’m telling you–it sounds gross at first, but octopus is really, really hearty and tasty good. This particular tentacle had a date with some cabbage, some pancake batter, and some very furry mushrooms: 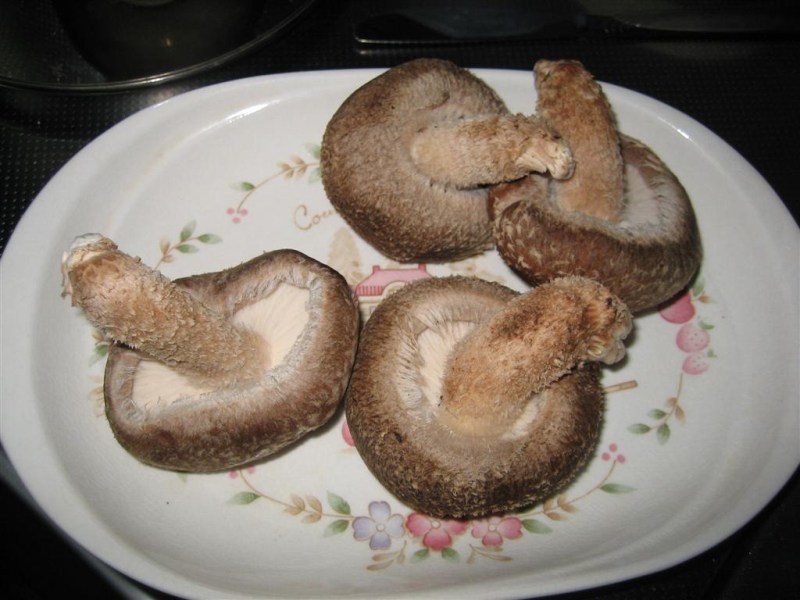 Then there’s the squid you can get for really cheap at the local supermarket. This particular squid–a whole squid, mind you–was only $1.50. Think of the value!!! 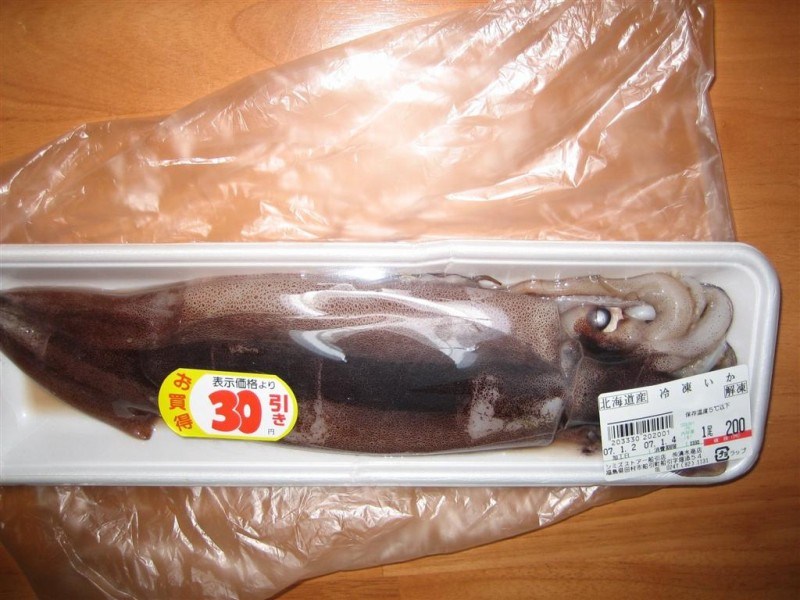 Granted, it was a bit more work than just buying prepared squid–I learned more about squid anatomy than I cared to know–but once it was in little chunks, and made friends with some eggplant, leeks, and garlic, it made a very tasty dish. Yum! 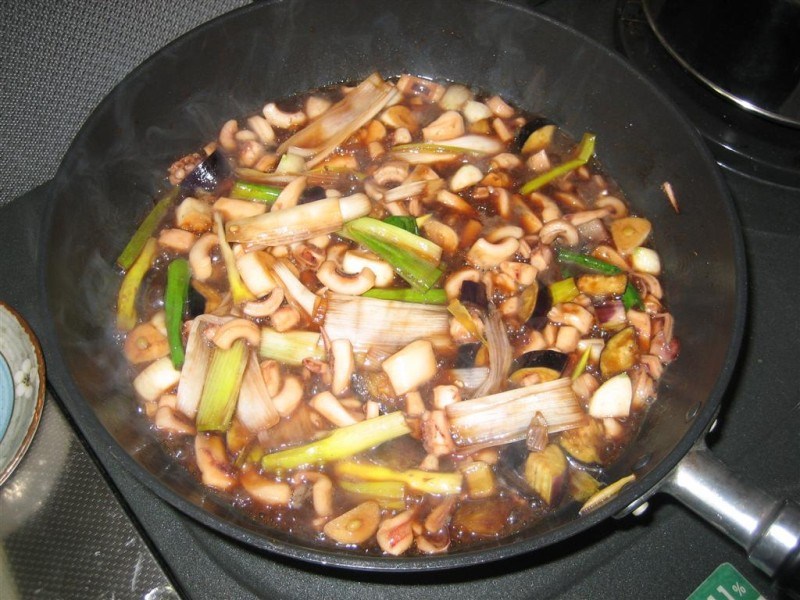 Finally, here’s a video I took recently of the inside of a small grocery store in Takine. When I first saw this, I couldn’t believe my eyes. Check it out:

It’s amazing to think that there are little old ladies there in Takine who go to the store and come home with scoops of live, wriggling little fishies to eat for dinner. Can you imagine: “Hey Grandma, what’s for dinner?” “Well, I’ll give you a hint–it’s the wriggling treat that’s fun to eat!”

I wonder what you’re supposed to do with ’em, anyway. Do you stir-fry them? Pickle them? Put ’em in soup? Candy ’em? Who knows. They sure make a good video, though.

P.S. The crickets are on sale this week! Seriously! I almost bought some!