July 7th in Japan is a holiday called Tanabata. Most Americans have never heard of Tanabata, and after a lot of asking around at my school, I’ve come to find out that many Japanese know very little about the true history of the tradition, why certain things are done certain ways, and what the significance is. Like Setsubun, Tanabata is a quasi-religious festival with deeply religious roots and a lot of very cute trimmings and trappings, so it’s hard for Christians (like me) to know what to think about it. Allow me to share my thoughts with you… 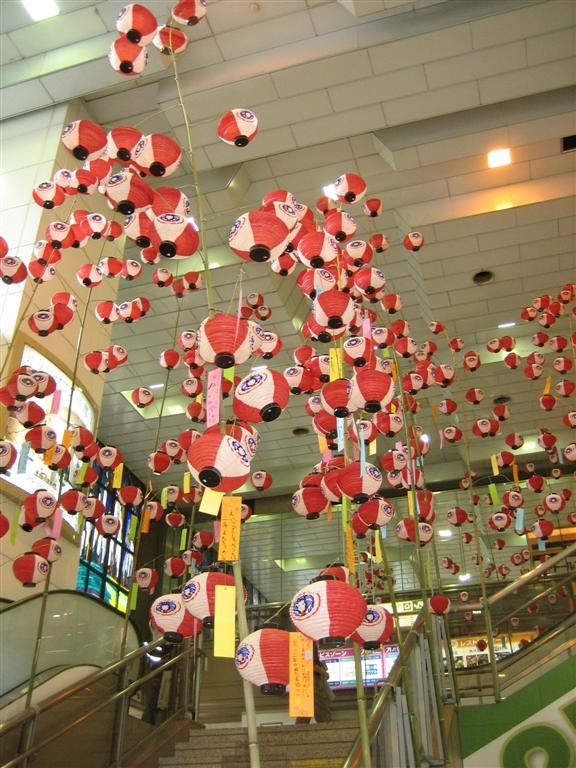 According to the Japanese version of  an old Chinese legend, there was a star named Orihime (which means weaving princess). She was the daughter of the “Lord of Heaven” (the supreme creator god in Taoism). One day she met the star named Hikobosi, a heavenly herdsman, and the two of them fell in love and were married. However, in their new state of marital bliss, the two of them soon forgot their duties; Orihime stopped weaving, and Hikoboshi allowed the heavenly cattle to roam unattended. Angered, the “Lord of Heaven” created a broad river (the Milky Way) to separate the two from each other so that they would resume their work. But every year on July 7th, a flock of magpies forms a bridge across the Milky Way, and they are allowed to meet for one evening. This evening is called—you guessed it—Tanabata. 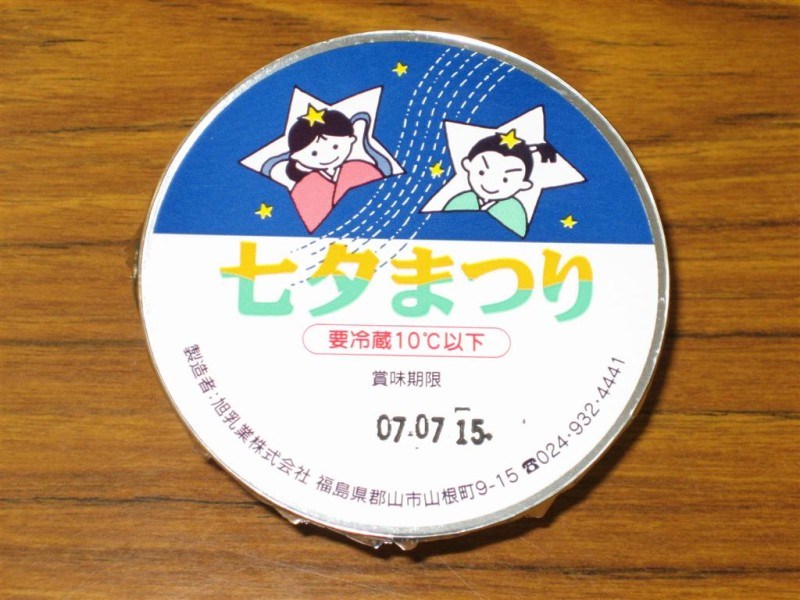 (Orihime, Hikoboshi, and the Milky Way between them, found on a special Tanabata-edition school lunch jello pack)

As cute as this story is, I can’t help but think about the state of marriage in Japan when I hear it. So often, one’s work is more valued than one’s marriage, and people are often expected to give precedence to their jobs over and above their families. And sadly, there are many, many married couples in Japan that live their lives like Orihime and Hikobosi—they work hard, but they hardly see each other or have time for each other. Of course, there’s no real connection here—the Tanabata story is just an old myth to most people. But nonetheless, it’s a story that forms a part of the cultural milieu that the Japanese grow up in, and perhaps even plays some small role in justifying the low value of marriage.

The other famous and important Tanabata tradition is the practice of writing “wishes” on pieces of paper and hanging them on bamboo branches in the hopes that they will be granted. This is where things get problematic for Christians. The main problem is the question of  who the wishes are directed to. The answer is that nobody really knows for sure. Maybe it’s to the two stars (who are in a good mood), or to the Taoist “Lord of Heaven”, or to the Buddha, or even to one’s ancestors (this festival is historically related to Obon, a Buddhist festival honoring the temporary return of the spirits of one’s departed ancestors). Either way, it’s sure not to God, and it seems to me like laying a prayer at the foot of an idol. Some Japanese say that the “wishes” are purely impersonal and detatched, and not directed to anybody in particular, but that doesn’t make it ok. Christians don’t wish, they pray, and so writing wishes like this is useless at best and immoral at worst. And the only real reason to do it is to be like everyone else. But if the salt looses its saltiness, what good is it? 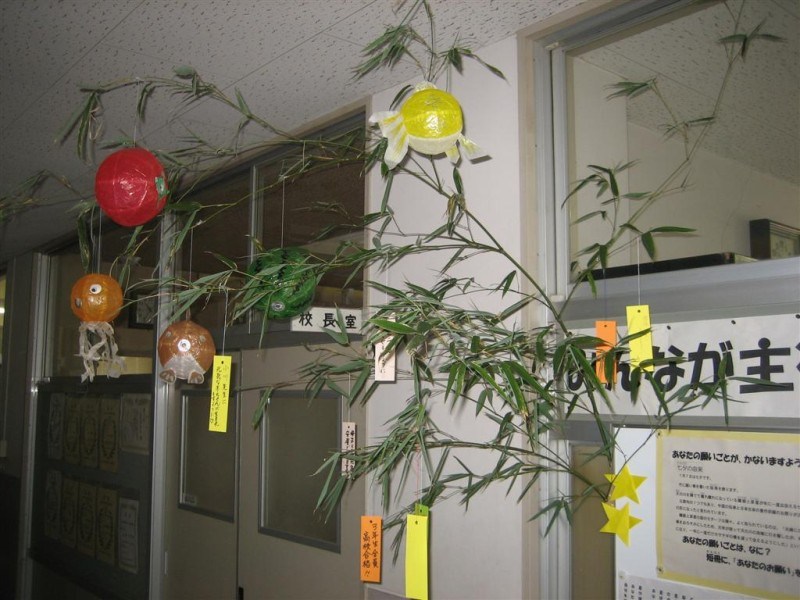 So that’s why, if I am aksed to write a wish along with everyone else, I will politely refuse, and endeavor to explain in love why that is. No man lights a lamp and puts it under a basket. Instead, he puts it on a stand, and it gives light to all in the house. And again, a city on a hill cannot be hidden. Lord, grant the Christians in Japan the grace to let their light shine!!!