Last weekend, we went ice-skating and ended up taking lots of pictures.  Here are some of the highlights!

Candid moment with Jen… The rink was really crowded at times.  It was a little freaky with so many people, but a lot of fun.  This was only Mike’s second time ice-skating, but he did remarkably well.  He started off clinging tightly to the wall, but by the end of our 2 hours on the ice, he was gliding around the rink on his own!

We took the train for about an hour to get to the stop where the ice-rink is located.  A bit of a trek, but definitely worth it!  Here is our friend and teammate Tammy, dressed for the occasion. 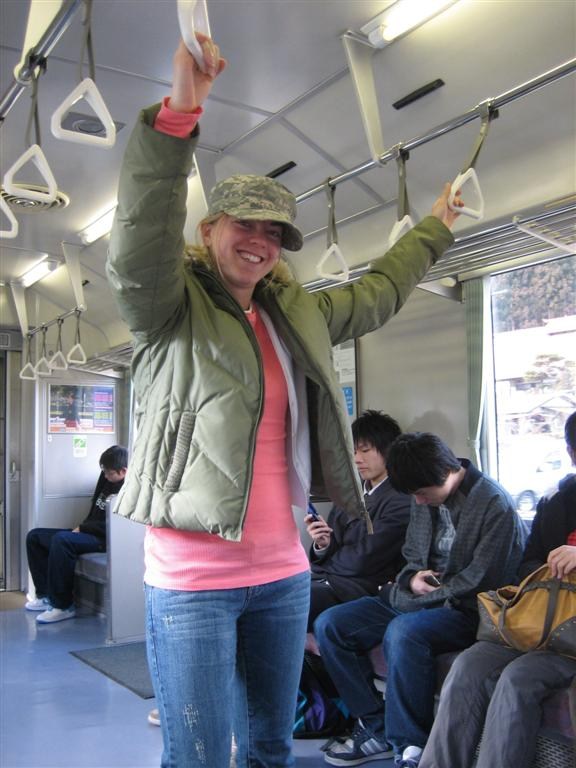 Some of our team’s Japanese friends came along too.  These are folks we’ve met in all sorts of different ways — through church, through random chance meetings, and through their interest in learning English too. 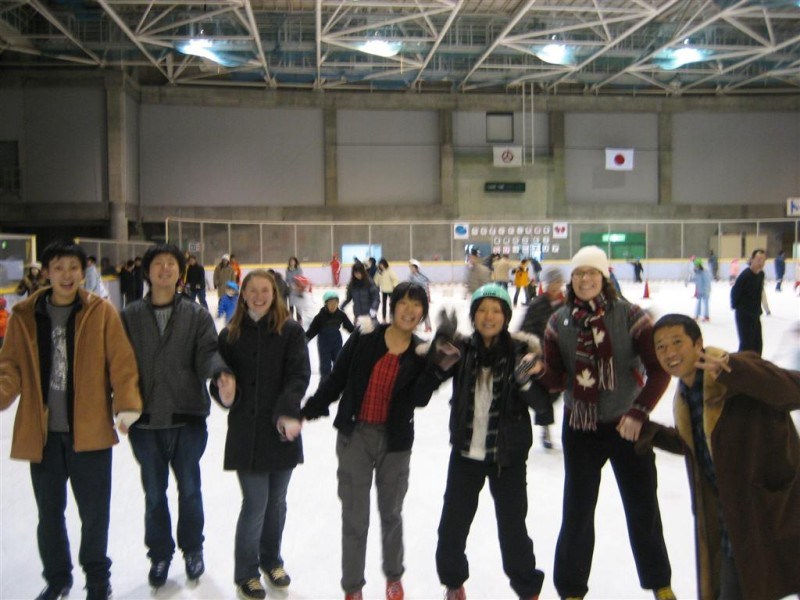 One of our teammates, Holly, invited a friend who had never skated before — this picture captures the sheer terror of being on ice for the first time. 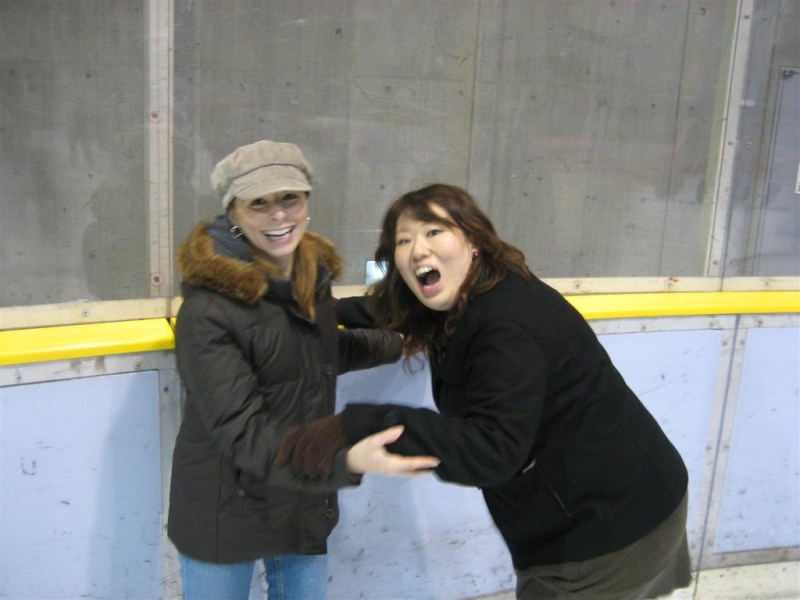 Here are Mike & I with a new friend, Nozomu, whom we met recently at church. 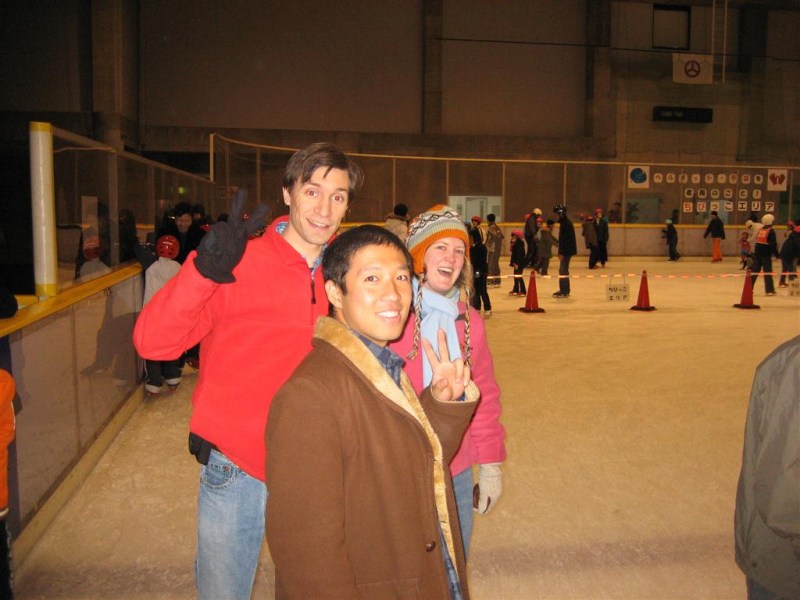 Hey! No cat-fights on the ice! (teammate Cristy and her Japanese friend) 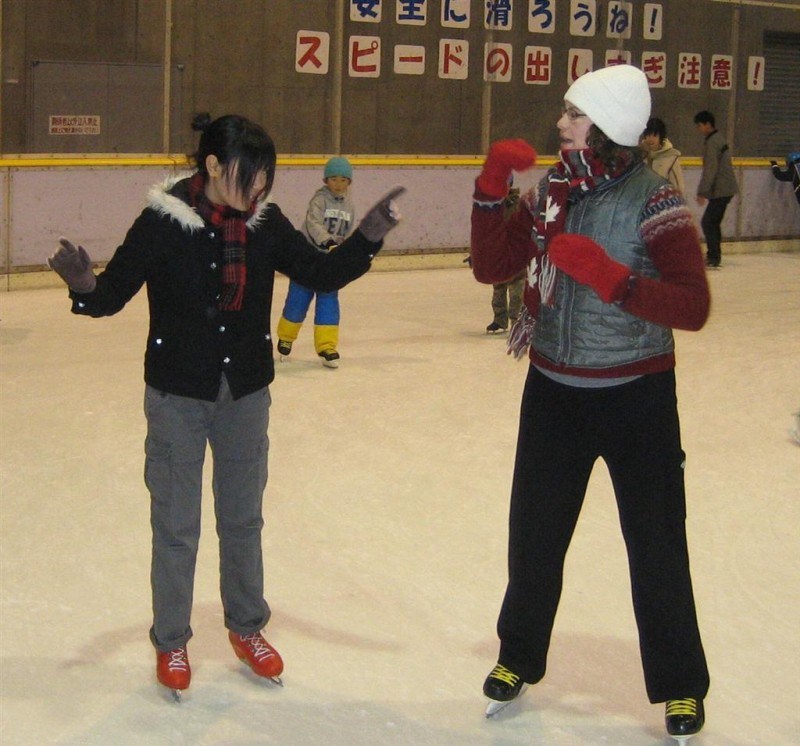 Our whole impressive group — a little beat after two hours on the ice, but still all smiles! 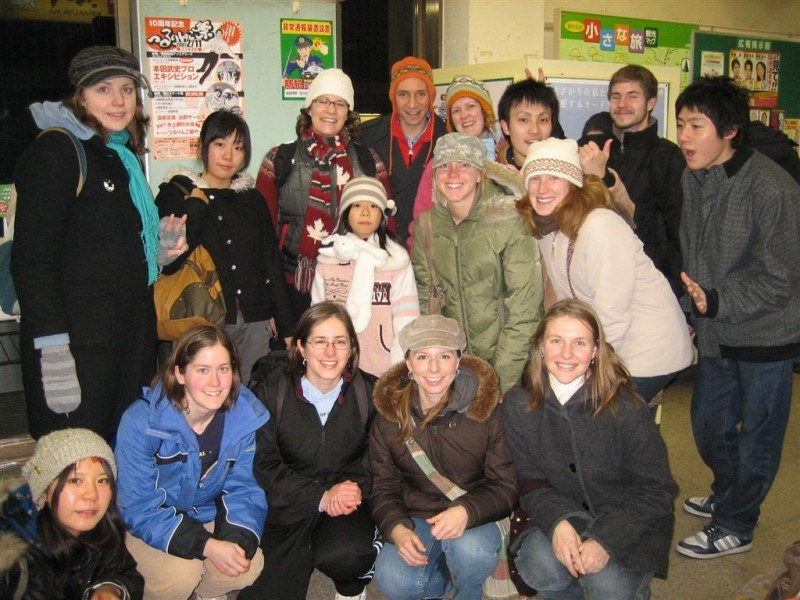 And of course, we’ll close with one more shot of our adorable shining faces! 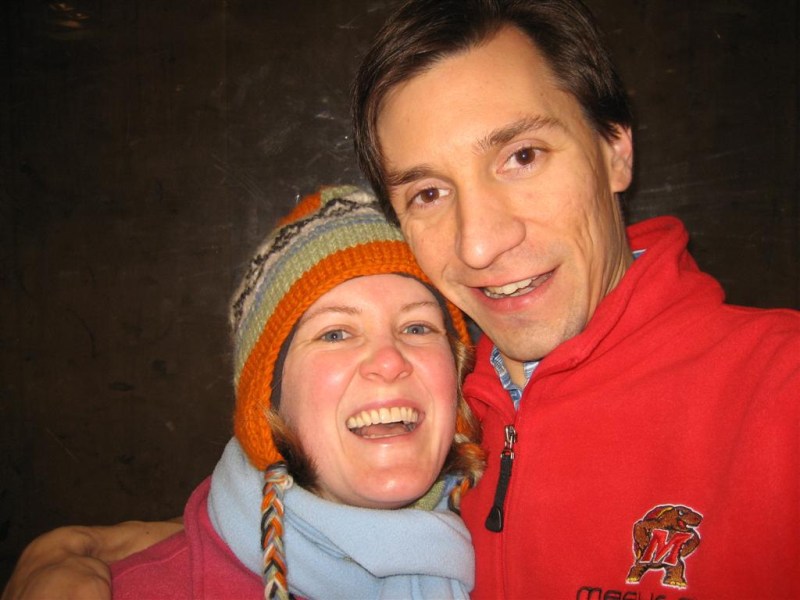 –Jen (who survived the rink, but had a wipeout on the icy pavement on the way to church this morning — ouch!)