Greetings from the town of Karuizawa, Nagano Prefecture!

We’re here for the weekend, visiting our friends Kevin & Rebecca Dingle. They’re missionaries with the Keiyo Mission Team, aka “Chiba Team”–the same team that Jen worked with for a year from ’92-’93, and the same team that we visited during our missions trip a year and a half ago. The Dingles are new career missionaries who arrived about 2 months ago, and are currently in language school here in Karuizawa at the aptly named Karuizawa Language School. If Jen and I join this missionary team long-term, then there’s a good chance we’ll come here for a year.

Anyway, we’re here to relax, to talk, to connect, and to take lots of photos . 🙂 Here are a few shots from our time here thus far:

We came here on the famous Shinkansen , or Bullet Train. It’s basically like an airplane, except that it doesn’t actually leave the ground. It was expensive ($100 a person one-way), but incredibly fast; we covered about 300km in just under 2 hours. Incredible! Here’s what it looks like from the outside: 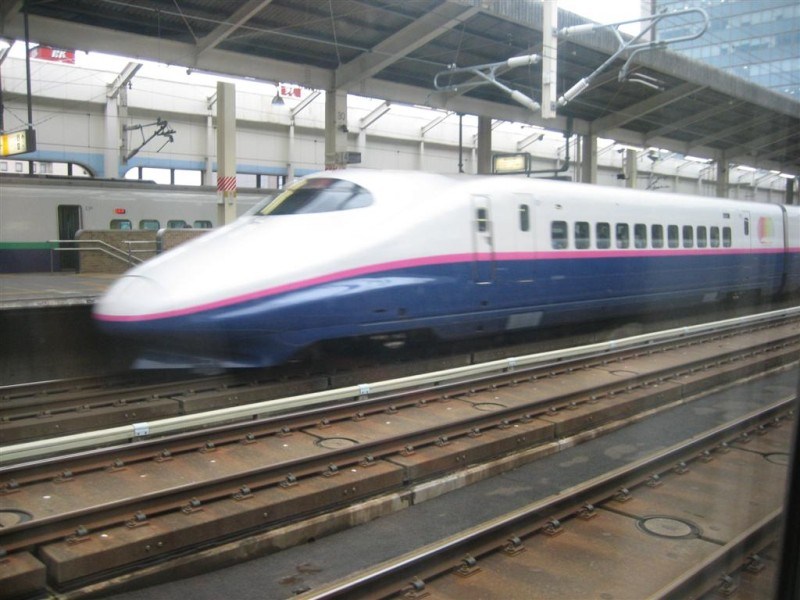 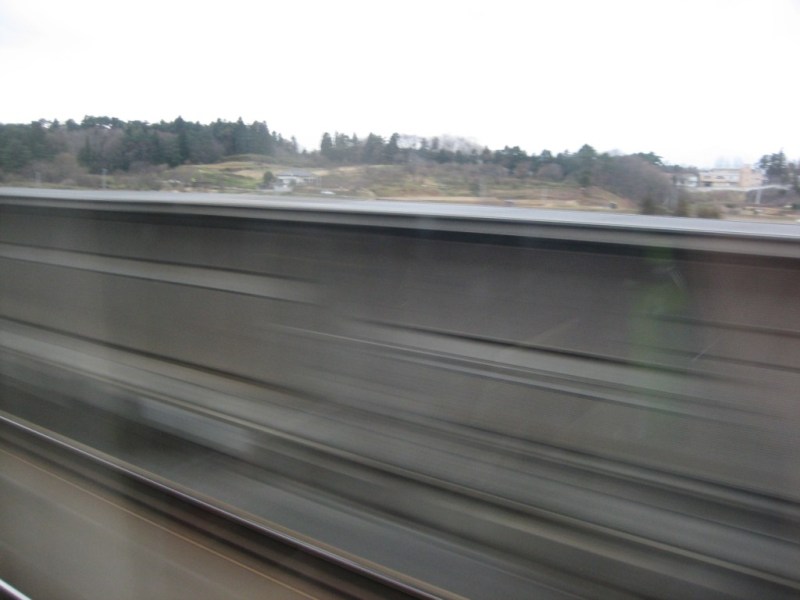 That was yesterday. Last night it snowed, and today we got to go up to the top of some mountain at a famous overlook spot, and the two combined made for some incredible scenery: 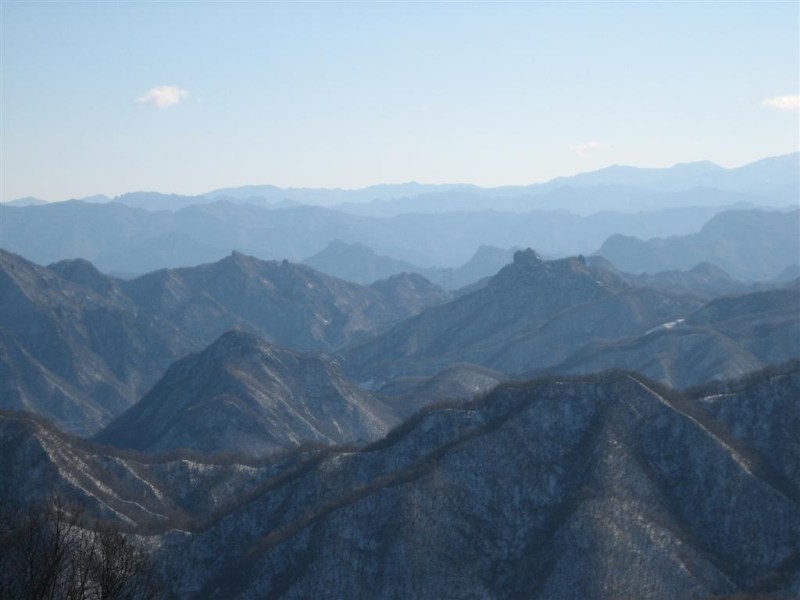 Then, as if that wasn’t incredible enough, today we were fortunate enough to see a live marauding band of wild monkeys that had descended upon the Christian resort center where we spent the afternoon. It caused quite a stir–we were busy taking pictures, and the Japanese Christian staff people were busy frightening them away with brooms and fake AK-47 semiautomatic machine guns. And no, we’re not making this up!!!   See for yourself: 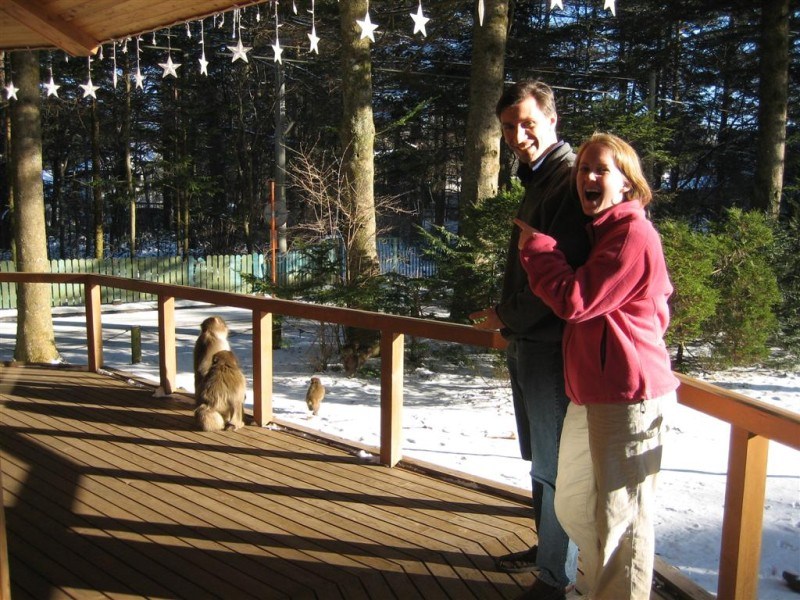 Us with the monkeys! We were thrilled, but they couldn’t care less. “Just a bunch of boring humans. Humph.” 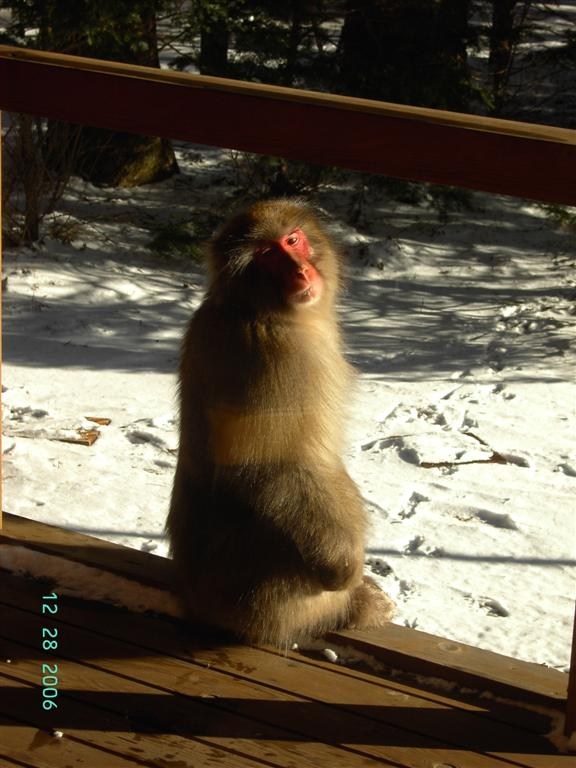 A close-up of one of the monkeys, courtesy of Rebecca Dingle. Copyright 2006, All Rights Reserved. 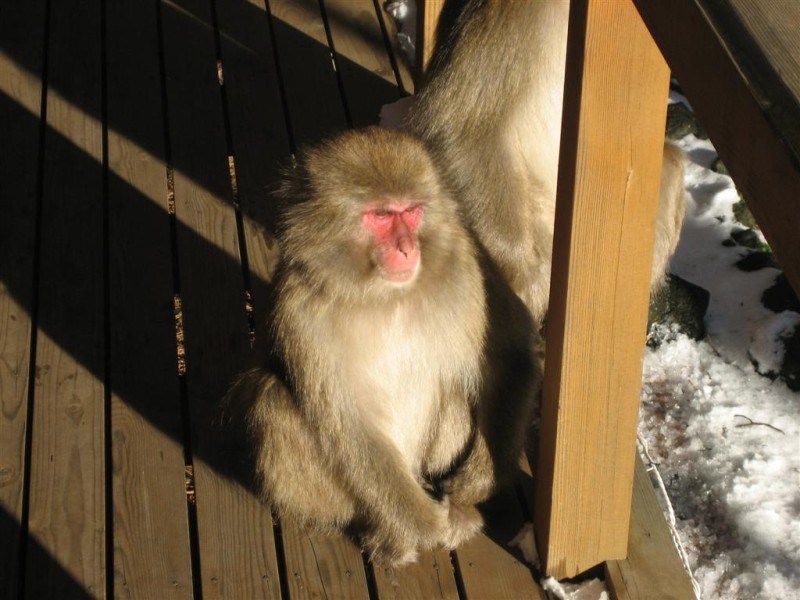 Another monkey-close up . They’re kind of cute–in a freaky, unpredictable, red-faced sort of way. 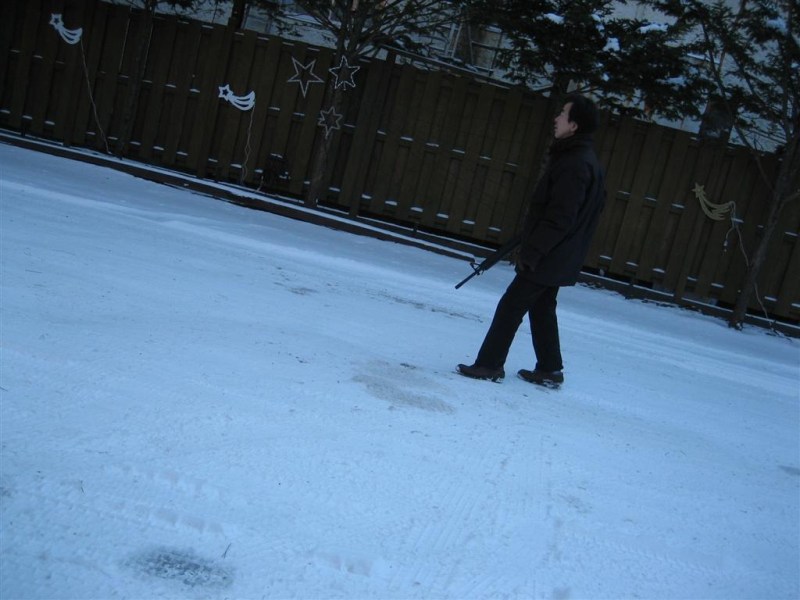 And finally, like we said, here’s the dude with the fake machine gun. Onward Christian Soldiers!!! 🙂  Now  here’s a job I could get into–scaring monkeys away with fake machine guns. Talk about job satisfaction…

Ah, the joys of being on vacation! We’ve been told that there are also wild boars that roam these parts, too. Gotta love Japan–you never know what you’re gonna find…