Highlights from our second week

What’s that? You don’t believe me? Well, doubting reader, let it be known to you that every word of this is true, and we have the picture to prove it!!! Check it out: 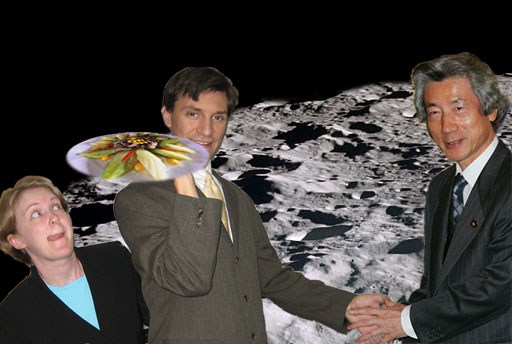 And on top of all that, Mike started his new job teaching at a junior high school (and one day at an elementary school), Jen continued to meet all of her remaining students at Wakakusa, we celebrated Mike’s birthday with the team (by consuming raw fish), refurbished and repaired two old bicycles to use around town, were welcomed officially by the Wakakusa staff, and set up our internet connection–in Japanese!!! Whew, what a week! Tonight we’ll probably just veg with a movie, and if ol’ Junichiro calls us, we’ll tell him we’re meeting with the Iatolla or something. Oh yeah, we met the Iatollah, too. Here’s proof: 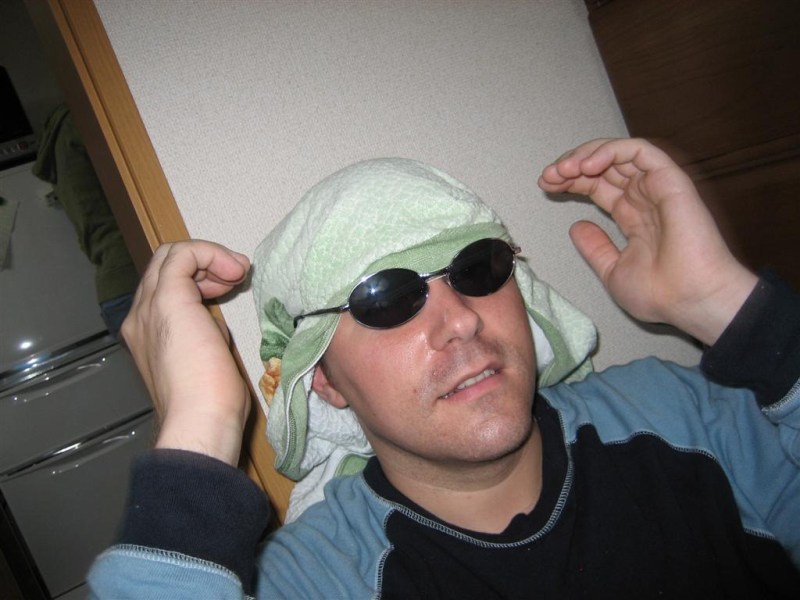 There’s the Iatollah, gettin’ funky right here in our apartment. This guy is a party animal! He kept shouting,  “Thro ya handz in da aeyah, and wave ’em like ya jus’ don’ kaeya!!!” That was one seriously fun evening.

Well, that’s it for this week. We’re looking forward to a more *normal* week next week.