Last Saturday (9/23), our employers arranged for us to be taken to the annual Samurai Parade in Aizu. Back in the states, lots of people love to relive the glory of the medieval days (you know, knights in shining armor and swords and fake English accents and all that). So they have Renaissance festivals and go to SCA meetings and wear leather tunics and read Lord of the Rings and drink ale from pewter mugs and eat turkey legs by the dozen and, in doing so, profoundly amuse the rest of the population at large.

Well, in Japan, there is a similar mystique and sparkle about the period of history when the Samurai were in power. I won’t bore you with the historical details, partially because you won’t really care all that much, and partially because the Japanese don’t really bother too much with them either. There’s sort of a fantastical belief in bushido —the way of the warrior—that’s just as exaggerated and exhilarating as the perfect chivalrous knights in the Arthur legends. Sometimes historical accuracy is not necessary for a concept to have a profound impact on society.

Anyway, we took some really cool photos of real Japanese folks dressed up in some seriously cool outfits. And we had a good time in the process.

So without further adieu, enjoy. 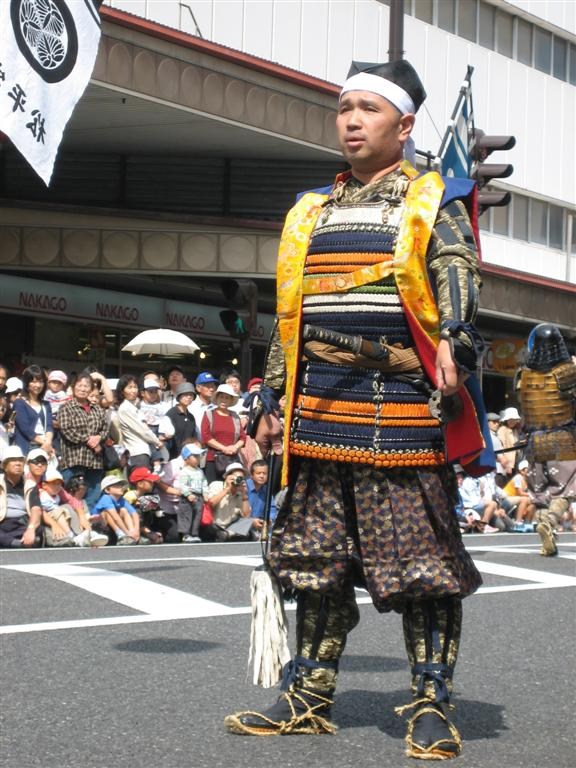 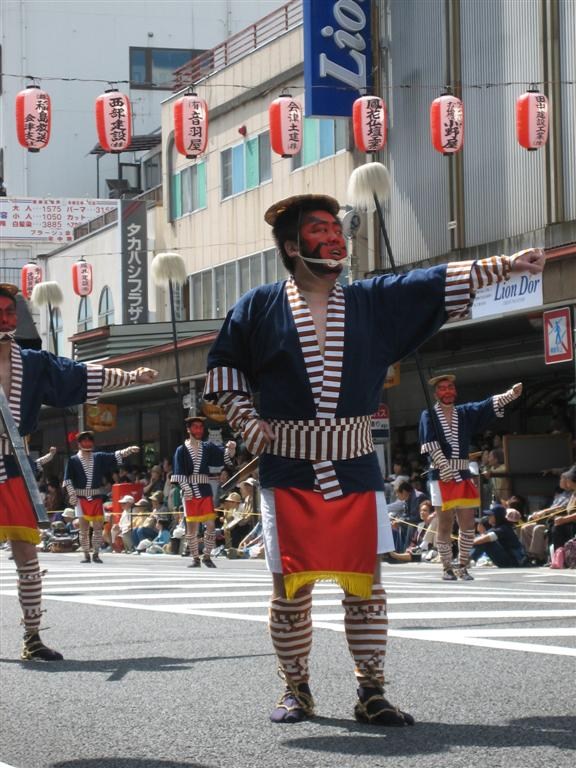 I kinda want to be like this guy too, but for some reason I just can’t see myself painting my face red and wearing striped socks and dancing around like a madman. Actually, I take that back…maybe I could… 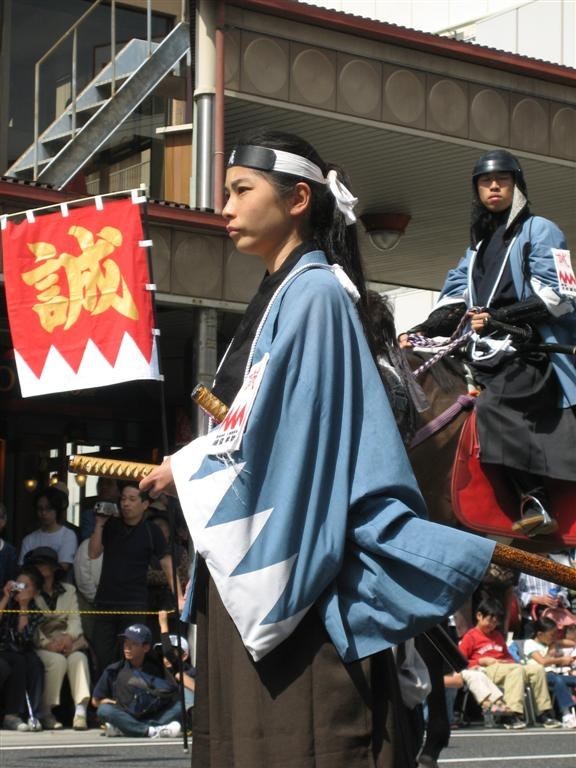 Yes, there were samurai ladies at the parade, too. Of course, there never really were such people, but who cares about historical accuracy, anyway? It’s cool and fun and all that. 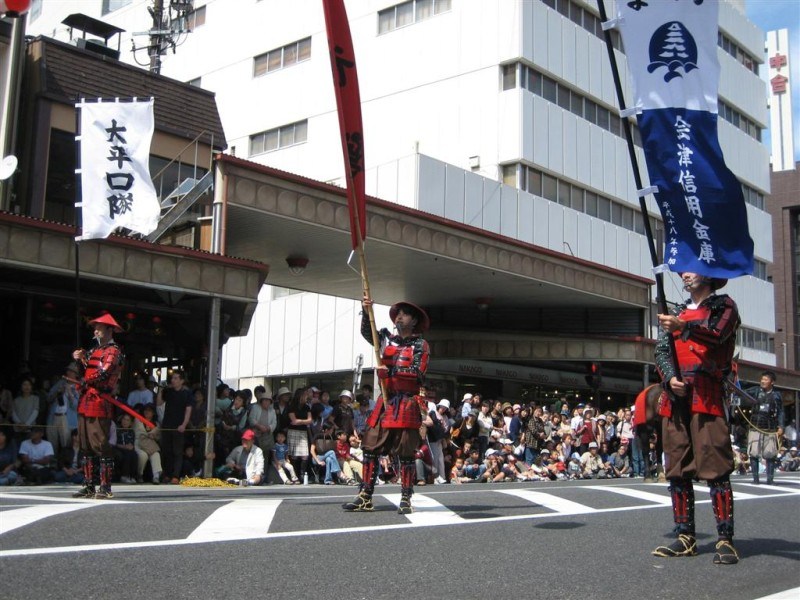 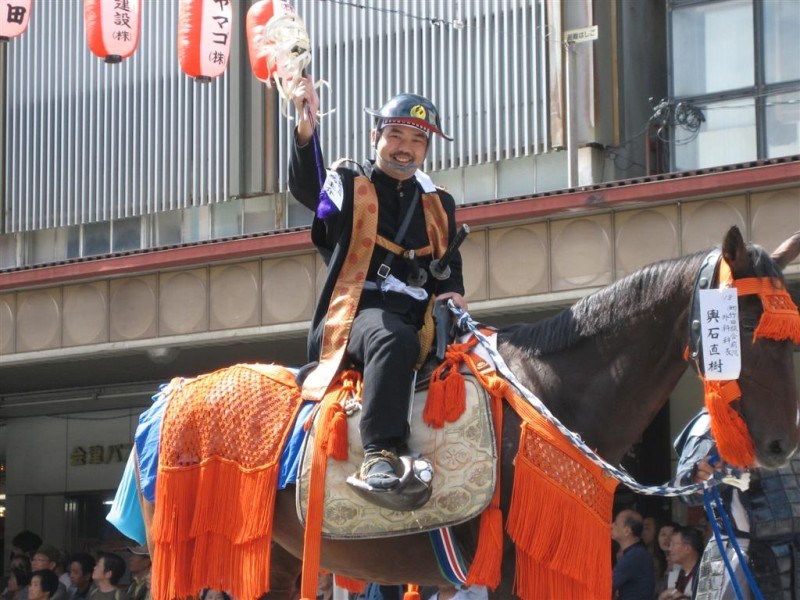 And lastly, here’s the picture of the day : A cool guy on horseback looking at us and waving something in our direction. Sure, he could probably kill us in two seconds in a blinding blaze of flashing silvery fury, but we thought he seemed pretty friendly at the time.