Oftentimes when God says, “No,” to something we really want, it’s hard to believe that His heart toward us is tender and loving and that He delights to give us good things (Psalm 107:9). But He has been teaching me recently that sometimes when He says “No,” He is actually concealing an even greater blessing that He has decided to give us at a later time–maybe even after we die.

Moses (who is the “main character” of four of the first five books of the Bible) was a man who had the kind of relationship with God where he could say anything. The Bible tells us that “The LORD used to speak to Moses face to face, as a man speaks to his friend” (Ex 33:11), and in these books there are a number of conversations between Moses and God where Moses bears his heart and says fully what is on his mind. But when Moses goes beyond what God commanded and struck the rock with his staff rather than speaking to it, God became angry with Moses because His holiness had not been upheld. As a consequence, Moses was told that he was forbidden from entering the promised land of Caanan. God allowed him to see it with his own eyes from afar, but after that Moses had to die. (See Numbers 20 for the full story.)

Talk about disappointing! All that time living in drafty tents in the cold wilderness, all those long miles of weary travel, all that energy expended to do everything God said to get to the promised land, and ultimately Moses was kept from obtaining the fruits of his labors. It’s as if he dropped dead just as he was about to cross the threshold of his very own dream home. And in fact that’s where Moses’ story in the Old Testament ends: he dies on some obscure mountain right on the border of the home God promised him.

If that had been the ultimate end to Moses’ story, God would still be good and faithful and loving. But in this case, God had something even more amazing in mind to give Moses that he couldn’t possibly have even dreamed of. Fast-forward to the earthly ministry of Christ, who in Mark 9 is transfigured and met by none other than Moses himself:

“And after six days Jesus took with him Peter and James and John, and led them up a high mountain by themselves. And he was transfigured before them, and his clothes became radiant, intensely white, as no one on earth could bleach them. And there appeared to them Elijah with Moses, and they were talking with Jesus.” (Mark 9:2-8)

For years the significance of these verses was lost on me: Moses was in the promised land! This same Moses, who disobeyed God and was told “You shall not go over there” (Duet 34:4), was standing on Canaanite soil with his own two feet. But much more than that, Moses was in the presence of Jesus Himself! Moses had been granted the honor that dwarfs that which he had been seeking: he saw and spoke with the Lord’s Christ face to face. Jesus, who was God in the flesh, spoke with Moses just as His father had in the Tent of Meeting over a thousand years prior.

There is no way that Moses could have understood the value of this grace during his life here on Earth. Moses’ role in his life on Earth was to serve as the Law-giver, the one to announce blessings for obedience to God’s law and curses for disobedience. Thus, even though with our current vantage point we see that Christ is evident on almost every page of the Old Testament, Moses could not have seen it. God did not give Moses a similar context from which to understand the fullness of His plan to send Jesus as the Messiah in his own lifetime. How could have God explained to Moses that when he said “No” that he was planning on saying “Yes” to something so much greater?

Consider this: Luke records that Moses and Elijah appeared “in glory and spoke of [Jesus’] departure“ (Luke 9:31). The word Greek word for “departure” in this verse is one you probably know already: exodus.Thus, Moses was given the privilege not only of leading the first foreshadowing Exodus out of Egypt, but he was also given the honor of speaking to Christ Himself about the true Exodus from sin via the cross. What man is as lucky as Moses? We thought his end was to die in obscurity, but the whole time God was waiting to surprise him with this most amazing of gifts. God said “No” to Moses in response to Moses’ sin, but because He is a gracious and amazing God He planned on saying “Yes” to a blessing so rich and deep and profound that Moses was not capable of comprehending it.

I like to think that the whole time that God was saying things to Moses like “Enough from you; do not speak to me of this matter again” (Deut 3:26), He was inwardly delighting at the wonderful plans He had to bless this most humble of servants. I can almost imagine Him saying to Himself, “Oh, I can’t wait for my boy to experience the big secret I’m planning for him; he’s going to be so surprised!” God is just like any other father—He loves to give good gifts to His children. But sometimes in His wisdom He waits a long time, even possibly after we die, to give us the fullness of what He has in store for us.

So what? Well, perhaps there are situations in your life (or in mine) where God has said “No” to something that we have sought for, strived for, worked for, and cried out for. While we must never minimize the pain and sorrow of such a situation—“Hope deferred makes the heart sick” (Prov 13:12)—there may come a time where God wants us to trust that He has already said “Yes” to something much better. Just as Moses had to face the fullness of his suffering of his unfulfilled desires for many years, we too must not try to use this teaching to remove or mitigate even the slightest ounce of the pain that God is intent in bringing into our lives. But my hope is that God would use these truths to infuse our sufferings with the knowledge that He is good and delights in giving us good things.

Lord, speed the day when I, too, can speak with Jesus face to face! 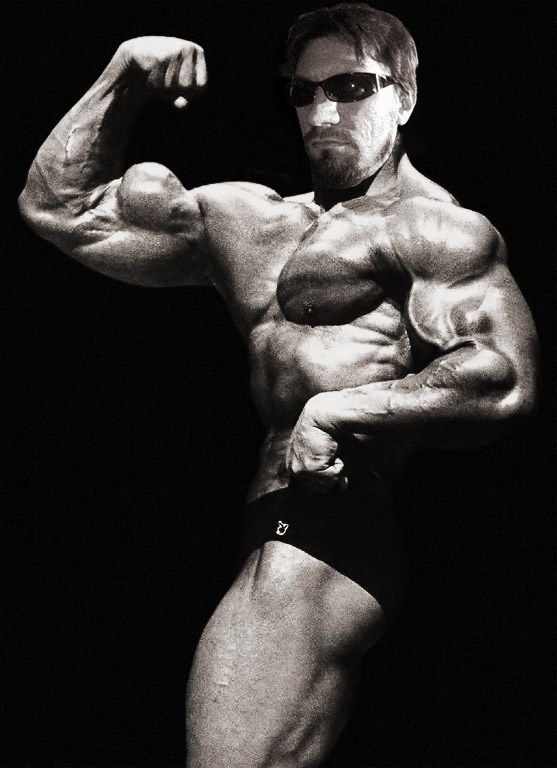